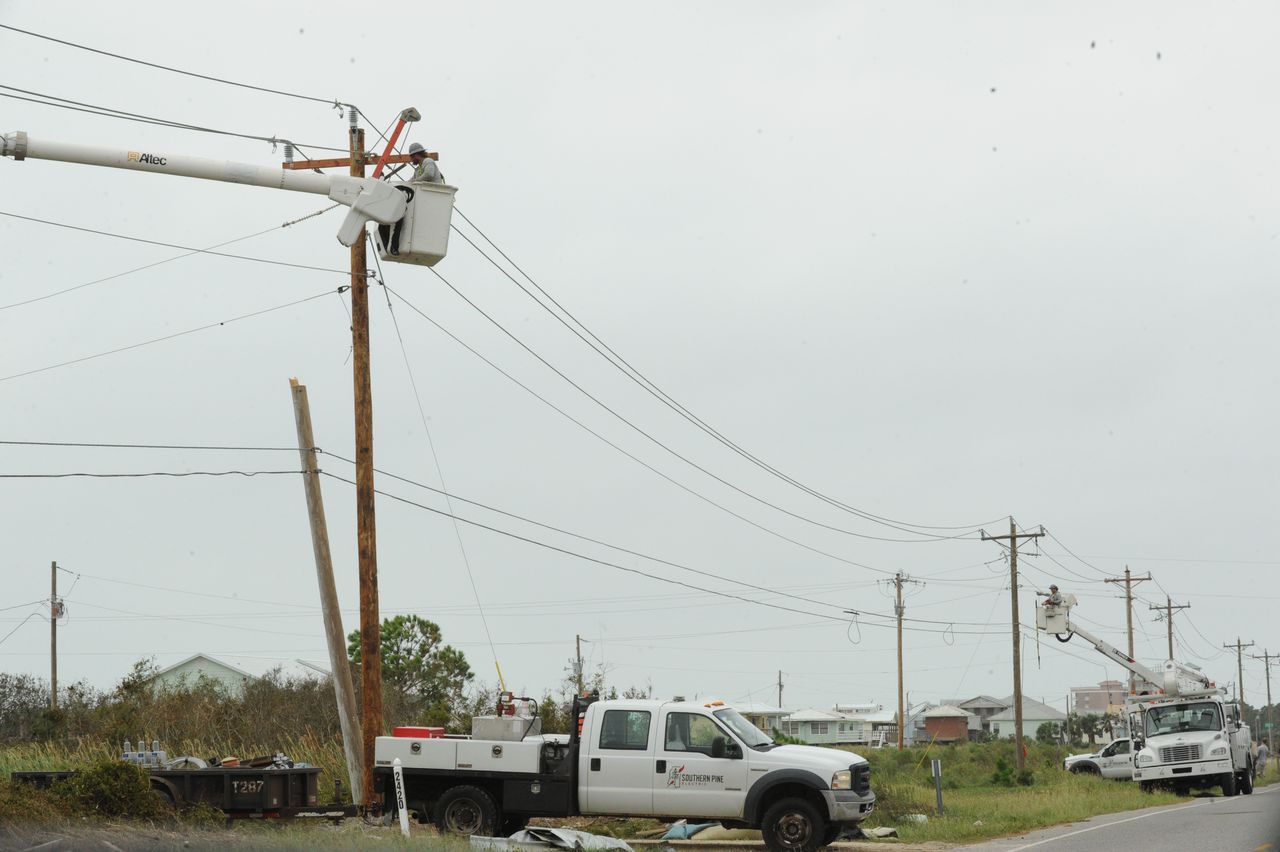 So far, the US hurricane season has been quiet, punctuated by the fact that no storm was strong enough to earn a name in August for the first time in 25 years.

But lawmakers in the southern United States and the Alabama congressional delegation are sounding the alarm over what they see as “dangerous supply chain shortages” in the electricity sector that could cause huge problems in the event of a hurricane or severe tropical storm.

The letter calls on the Department of Energy to relax its requirements that manufacturers use more steel in the construction of new transformers.

“The problem is the availability of raw steel,” the letter said, adding that there is only one domestic manufacturer of steel used to produce transformers, and that company is unable to to respond to the request.

He also asks the Federal Emergency Management Agency to help determine whether transformer stocks — especially those purchased with federal funds — can be called up in an emergency.

The letter comes less than a month after Alabama’s congressional delegation, in a July 14 letter to FEMA Administrator Deanne Criswell, requested a mitigation plan with “the local power community of Alabama” to secure critical equipment such as transformers, bare wires, meters, and other electrical systems. the equipment is available before the first disaster.

“It would only take one hurricane or severe tropical storm this year to cause devastating damage to our constituents, and without the supply, restoring power to these communities would take much longer than previous years,” the letter reads. It was signed by all seven members of the Alabama delegation to the United States House.

A representative of U.S. Rep. Jerry Carl, R-Mobile, said the congressional delegation had received no response from FEMA “but we will continue to urge them to address these supply chain shortages.”

The delegation, in its letter to Criswell, said transformer delivery delays average 18 to 25 months in Alabama. Some manufacturers aren’t even taking orders, the letter says.

The American Public Power Association, in a survey of its members in early 2022, reported that it takes an average of about a year for new transformers to be delivered to them, according to media reports.

That’s a stark difference from 2018, when transformers – the single most essential element in ensuring reliable electricity supplies to homes and businesses – took just three months to deliver.

A Mobile County emergency management official said storm recovery efforts move much faster once utilities are up and running after a storm. He said transformers and other supply chain shortages that “could impact our power grid should be a priority” for election officials.

“The possibility of extended power outages during hurricane season is of great concern and could negatively impact overall health and human life,” said Mike Evans, deputy director of Mobile EMA. “I’m glad to see our elected officials in Alabama are looking into this issue and trying to get a solution.”

The concerns are national. In Florida, lawmakers are sounding similar alarms and the state’s director of emergency management recently said he believes the country’s first major tropical storm will create “a supply chain problem” and it could be certain businesses or certain neighborhoods that “could be on a generator”. power for months or even years.

In Alabama, utilities say they are aware of the problems and some have already stocked up on parts and equipment.

The issue is of greater importance in Coastal Alabama, where three major utility companies operate: Alabama Power, which provides electrical service to Mobile; Baldwin EMC, which serves the most customers in Baldwin County, including Gulf Shores and Orange Beach; and Riviera Utilities, the company that provides services to the East Coast region and municipalities south of Interstate 10.

“Alabama Power is ready for the 2022 storm season with general catering supplies already in stock,” a company statement to AL.com read. “When supply chain issues emerged, we proactively secured additional materials in anticipation of potential challenges.”

The statement further states, “Our company has strong, long-standing relationships with other suppliers, and we will work together to meet critical needs should they arise.”

Mark Ingram, vice president of business services and public relations at Baldwin EMC, said his company began spotting supply chain issues in 2020, at the height of the COVID-19 pandemic and after Hurricane Sally hit the Gulf Coast of Alabama in September.

“We started stockpiling our inventory to ensure we would have a supply of materials for our growth and future hurricane seasons,” Ingram said.

He said Baldwin EMC supports Tuberville’s efforts to join other members of Congress in “ease the pain of supply chain issues.”

Ingram said, “Ultimately, our goal is to meet the needs of our members and support the communities we serve.”

James Wallace, COO at Riviera Utilities, said Baldwin County’s rapid growth is also increasing demand for electrical equipment. The county is the fastest growing in Alabama and has been for a long time.

“Like other utilities, supply chain issues affect our ability to obtain needed equipment such as meter bases, vehicles and transformers in a timely manner,” Wallace said. “The ability to meet an increase in demand from one of the fastest growing counties in the state, while ensuring that we maintain a supply in case we are hit by a storm, is highly dependent on our ability secure these items.”

He added, “We supported our elected officials in their search for answers before the peak of hurricane season.”

In the case of electrical transformers, Simonson said, that uncertainty revolves around whether a severe hurricane will hit the United States this year and how electrical equipment inventories should be managed to deal with it.

He compared the situation with the national push to make more ventilators when the pandemic started in 2020. With processors, he said it could be effective for the government to pool resources across the country and hold an inventory of equipment available in the event of a disaster.

“We may not have a hurricane of any consequence for two years, but who knows?” said Simonson. “We could have three later. We should decide on the level of security and pool this risk.